The History of Ivy Hill as told by Jeanette Drewes

Albert and Lillian Drewes bought a 145-acre farm in 1948 that was later sold in 1967 for $1 Million to developers Jerry Meister and Al Neiberg (Meister Neiberg), who built the majority of homes in Ivy Hill. Their farmhouse and barn were on 80 acres on the east side of what's now     Windsor Road with 65 acres of farmland across the street. At the time, Windsor Road was mere gravel and known as Buffalo Grove Road. The Drewes raised corn, soybeans, pigs, and chickens, typical for area farms at the time. In 1948 all surrounding property was still farmland and open space as it had been when originally settled in the 1840s by German farmers. The farm to the south of the Drewes homestead was owned by August Milbratz, who sold it to the town, and it became Lake Windsor (later expanded and renamed Lake Arlington). Many relatives in the area were also farmers, including a cousin, William Stade, who owned the land where St. Edna's Catholic Church now stands. The Drewes had three children. In the 1950s, their two sons entered their pigs in the 4-H Fair, which was held at the Arlington Heights Race Track every year, and they won many blue ribbons. Their oldest son was elected 4-H king in 1953. Arlington High School was the only one in the area, so students from Wheeling, Buffalo Grove, Arlington Heights, Mt. Prospect, and Prospect Heights attended there. For homecoming during the Fifties, the Drewes' farm became the site for making several floats each year using the family's wagons. Teenagers would spend a week there decorating them. In 1970 Albert and Lillian built their brick ranch home on the corner where the mailbox stood at 1307 E. Crabtree Drive. They resided there until Al passed away in 1986 and Lillian in 2004. In June of 1962 the models for Ivy Hill were opened by  Meister/Neiberg who went on to build 540 Ivy Hill homes in 6 "units" or phases and give the subdivision its name. Neiberg loved trees and named his models after common varieties: the elm, sycamore, willow, linden, spruce, hickory, chestnut, and birch.  Street names included Hickory Lane, Thorntree Terrace, Spruce Terrace, Cherry Lane, Pinetree Lane and Crabtree Drive. The artist renderings were done in the 1960s by M. Ball. Neiberg made many changes at buyer's requests --some significant, others subtle--to the semi-custom homes as he progressed through the project.

As the years went by, Ivy Hill has became known as the homes west of Arlington Heights Road and east of Windsor; bordered by Hintz Road on the north and Palatine Road on the south.   In the mid 1960s, Knob Hill Drive was developed by Ben Pekin.  Around that same time, Ivy Hill Estates was built by Dabs Construction. That consisted of a 1/2 block of homes on Ivy Lane, running from Arlington Hts. Rd. and stopping at Douglas.  In the late 1970s, a builder named Stuart Kreissman 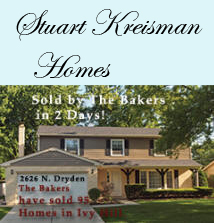 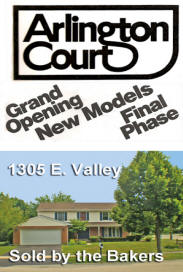 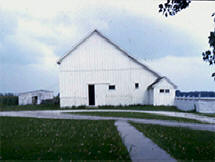 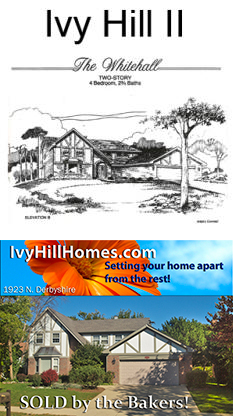 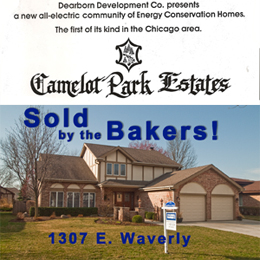